Let's get right into it! 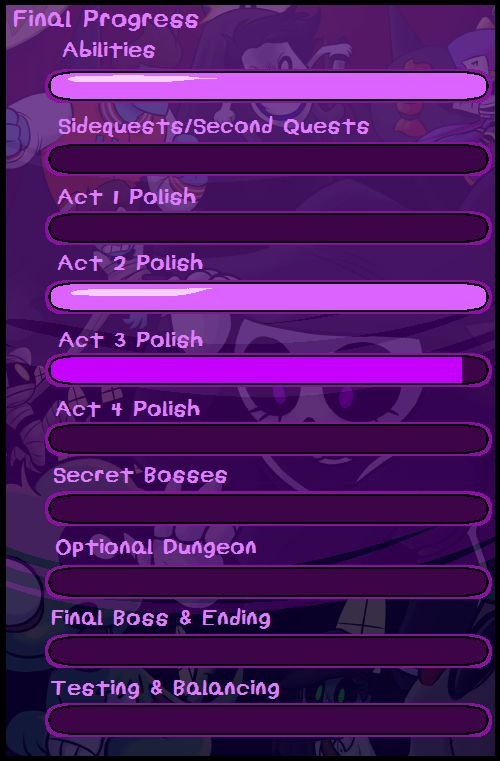 Before we get into the HorrorVale work done during October, let's first go over some of the fun stuff that happened! 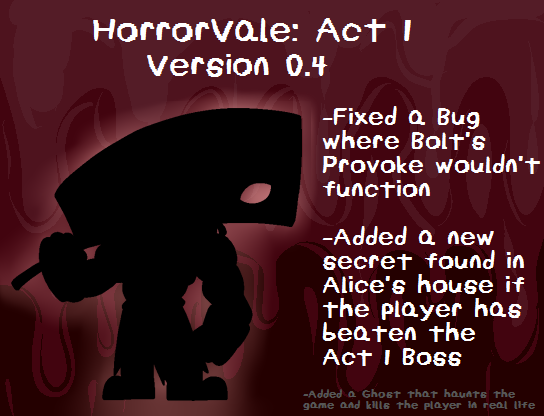 Starting on the first of October, we held the first (last?) ever special Halloween event for the Act 1 Demo!

This has since been patched out, but evidence of it will forever remain in the Let's Plays people did of it on YouTube.

Or you could just... Never download an update again... I guess.

Later in the month we put out the "Act 3 Progress Report Video"!

Most of what you see here is stuff that was already covered in these Progress Reports, but it's meant to serve as a more generalized, digestible option for someone who doesn't stay consistently up to date on everything HorrorVale.

Finally, at the end of the month we held our second ever LIVE Q&A!

This time, instead of holding it on Discord, recording it, editing it, and later uploading it to YouTube, we simply just livestreamed it on YouTube!

We got some great questions this year, so go give it a look and it may answer some you've had as well!

Now... Onto the stuff you're really here for

Inbetween all this other stuff going on in October, we spent the majority of it on continuing to Polish Act 3!

Again, most of this was just a LOT of really little things like, oh there should be a new NPC here or, this enemy is too hard or weak, etc.

New NPCs, New Areas, New Enemies. You get the picture.

A major part was a big gameplay addition to Dracula Manor! 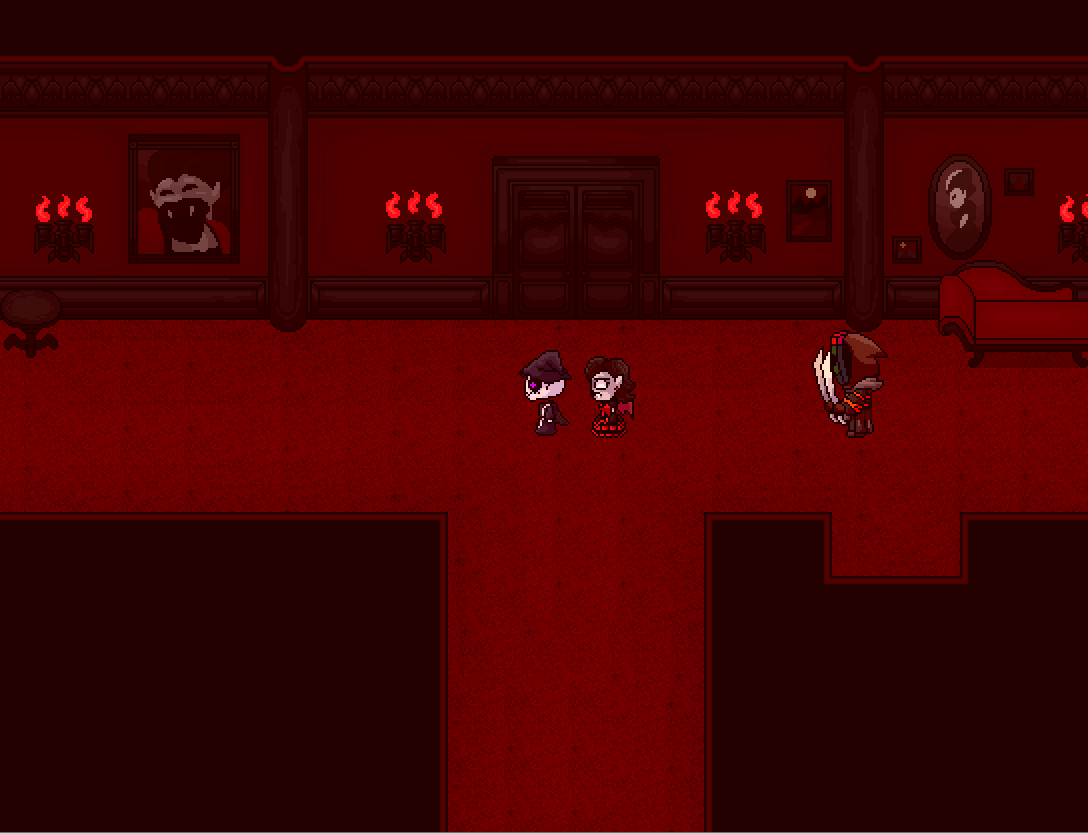 So... What are you looking at here, exactly?

It's actually the major gameplay addition we added to the Forgotten Mansion in September! That being...

You may be thinking "What's the big deal? Pink Fiend already chased you anyway!".

Which would be true, but also the "Chasing" in the Demo was very simplistic.

If you left the hallway, it would stop. It wasn't an active chase. Not to mention you couldn't even run!

In the NEW Forgotten Mansion, and also certain times in Dracula Manor, if you're spotted by either of these characters they'll chase you endlessly. Literally to the ends of the Earth. Or... Underworld in this case.

Or at least in the house they're localized in. They'll follow you throughout the house, even into other rooms.

Your only choice is to try and hide before they can get to you and hope they go away. Classic indie Horror game stuff right here, folks!

Many things are being taken into consideration to ensure this isn't a "absolutely annoying, worthless mechanic". After all, who wants to try solving a bunch of puzzle if you have to run and hide somewhere every 5 seconds because Pink Fiend keeps spawning in!?

The other major big thing we worked on is obviously map implementation. 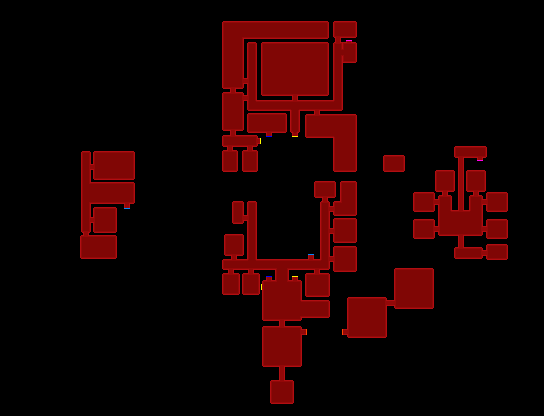 Map stuff is actually pretty much all we have left with Act 3 Polishing. We just need to get it running in the final area of the Act and we're good to go.

Does it EVER end?

Hopefully by the end of the year we'll have a good estimate of when that "end" actually happens.

In the meantime, we'll see you again after November! 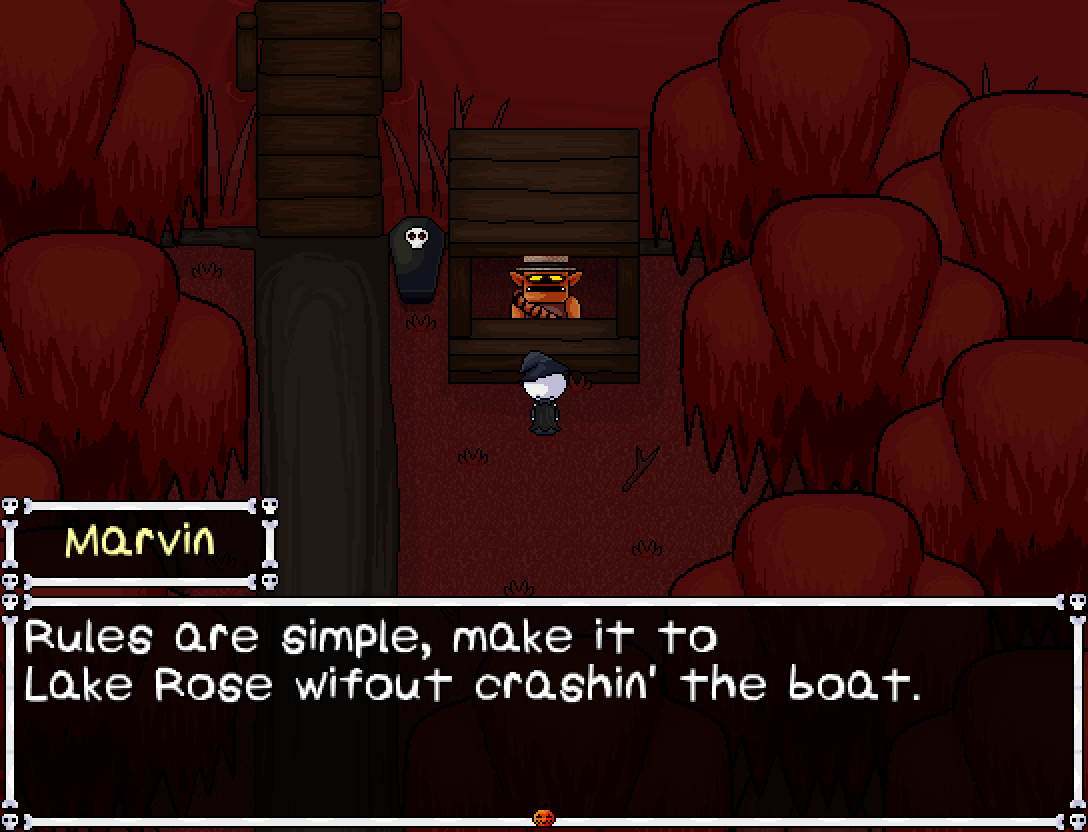