Hello, and welcome to the August 2022 Progress Report!

This month we focused on one major aspect in particular, so let's go over it! 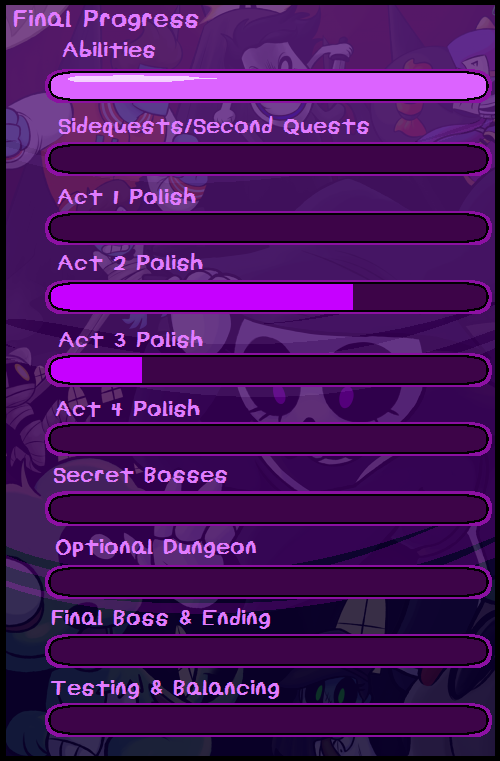 In addition to finishing up several aspects of Act 2 Polish, which included new enemies, NPCs, and more, we also decided to tackle one of the more time intensive projects needed in the game: 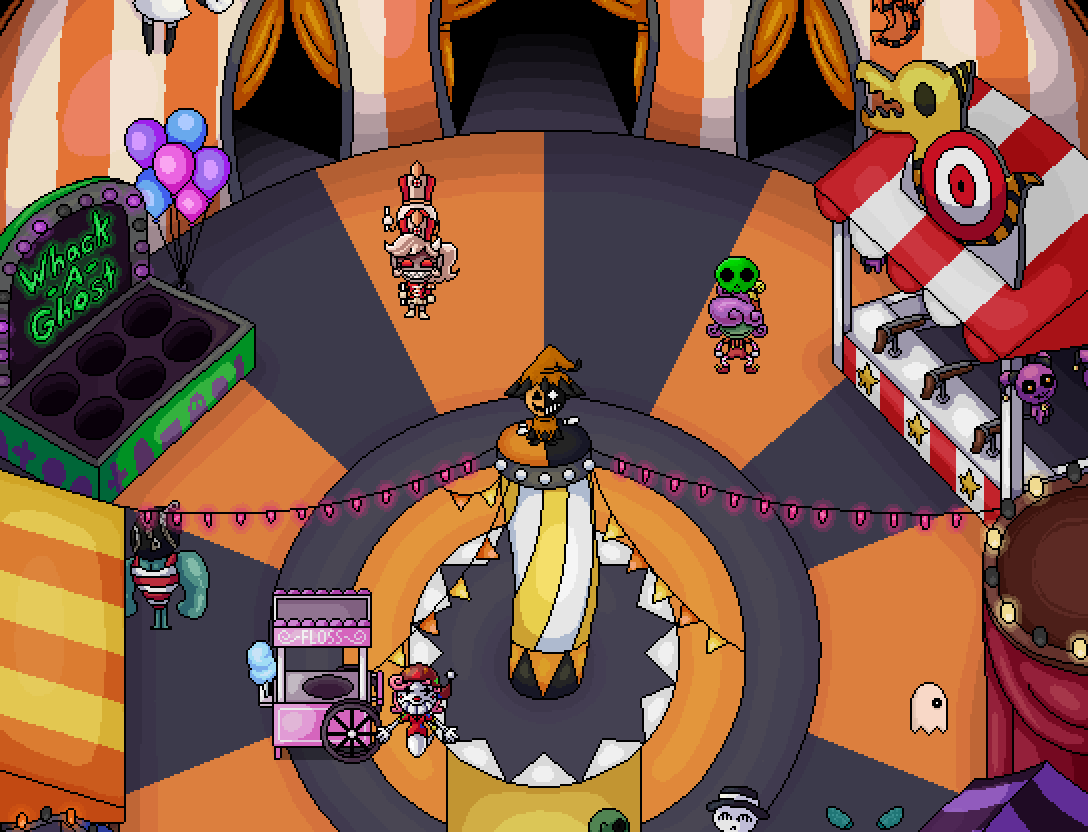 What IS Poe's Carnival?

You might remember Poe from the Intro of the game. He gives exposition about the premise of the game and the world it takes place in, the Underworld.

You actually meet Poe in the game itself too.

Deep in the woods, you'll find his Caravan broken down, apparently attacked by an unknown force. 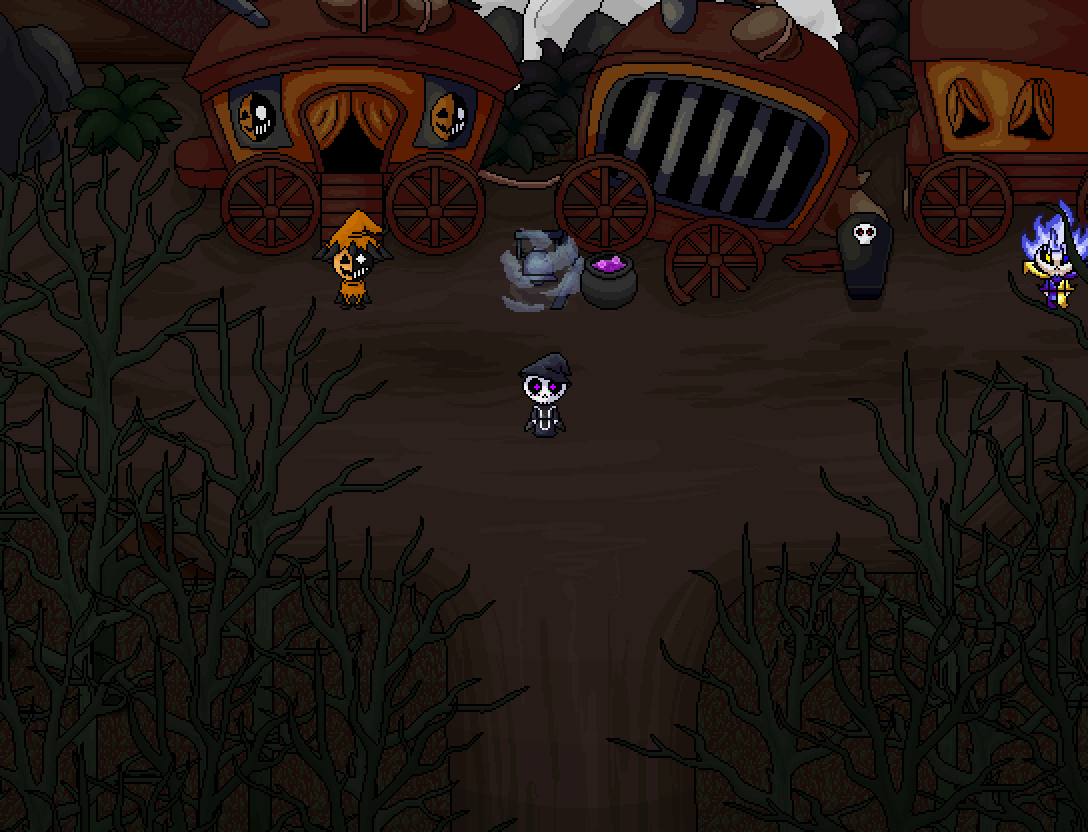 It looks kind of small, but it actually contains a massive carnival inside!

Although you find the caravan in an area that's part of Act 2, Poe won't actually let you inside until Act 3.

So, we actually included it on our list of "Act 2 Polish", but ended up counting it as Act 3 polish anyway.

For a long time we've been putting off setting up the Carnival, because we knew it would be take up a lot of time to get it together. The reason for this...?

For people who've played RPGs before, a place like this should be very familiar.

The one featured up there is of course "Whack a Bedsheet", a game where you must whack bedsheet ghosts with a hammer and based off of how many you hit and what type, accumulate points. It's pretty simple at first, but gets faster and faster as the game goes on. 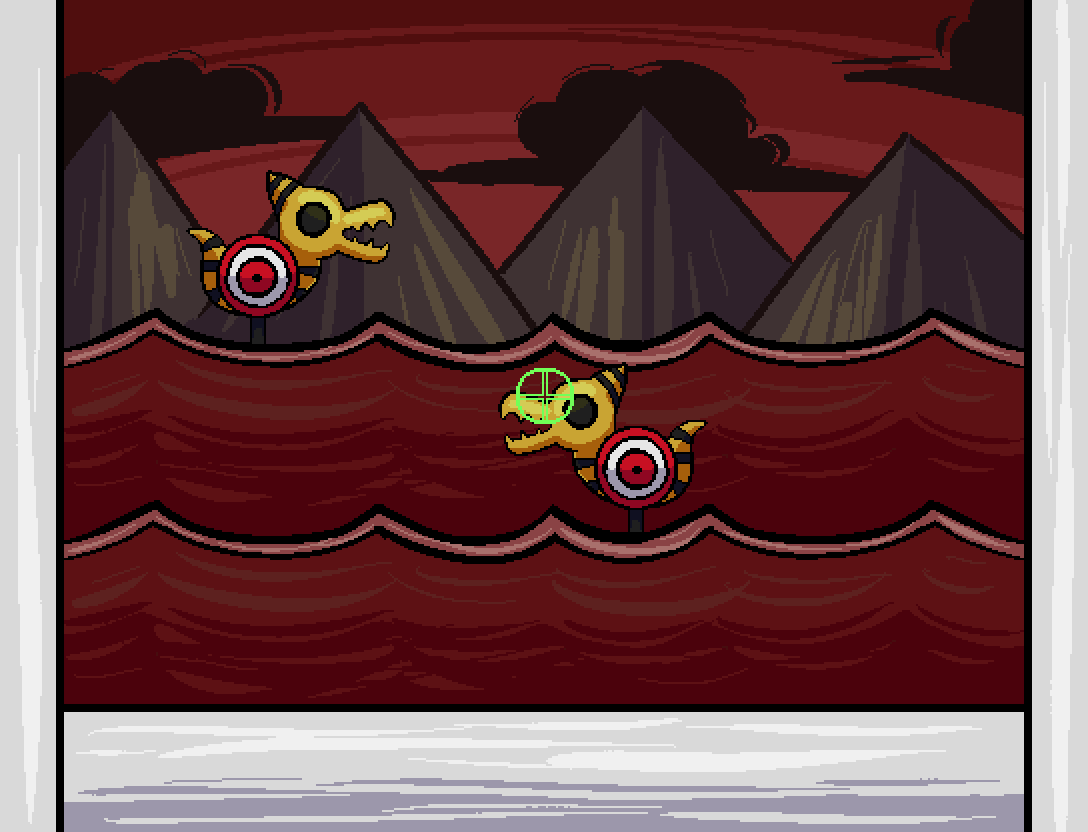 Another one is the Netherduck Shooting Gallery, where you fire at moving targets. Supposedly a super rare, fast target even appears sometimes. 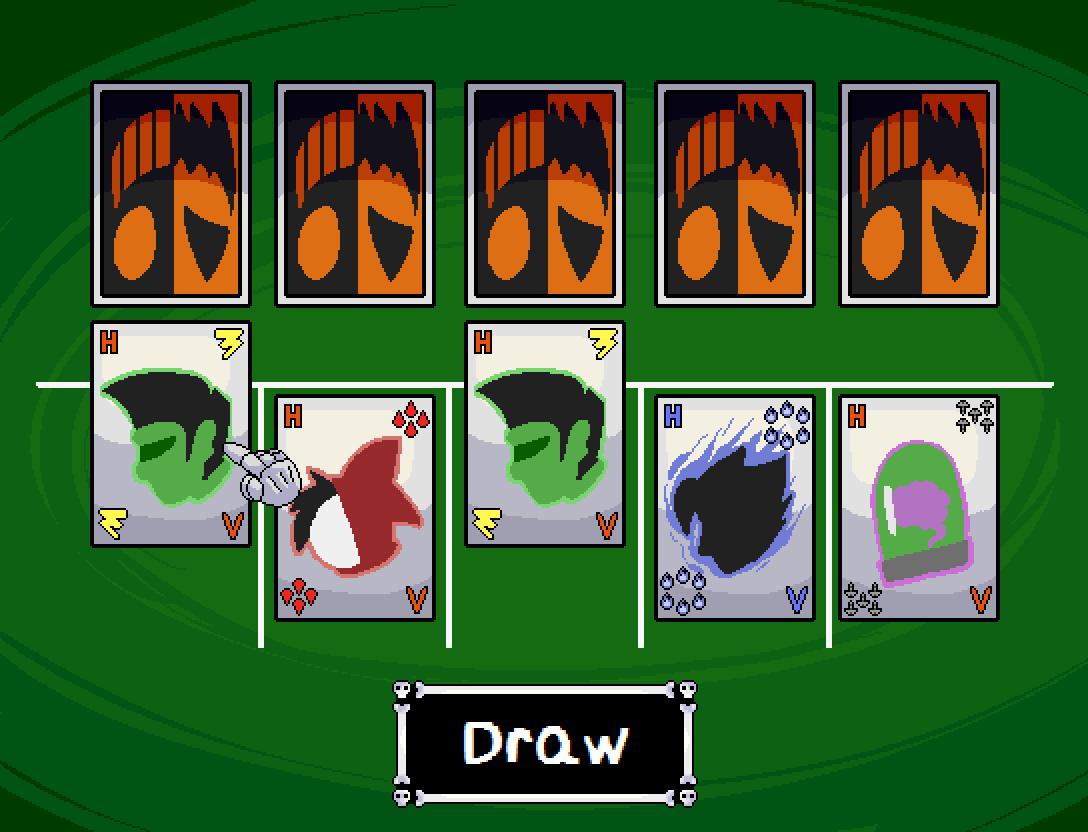 There's also "Blackjack for Dummies", a Blackjack inspired game where you place bets and try to get a better hand than the Dealer. Unlike traditional card games, this one only has 6 possible cards in the suit, but it's still pretty addictive. 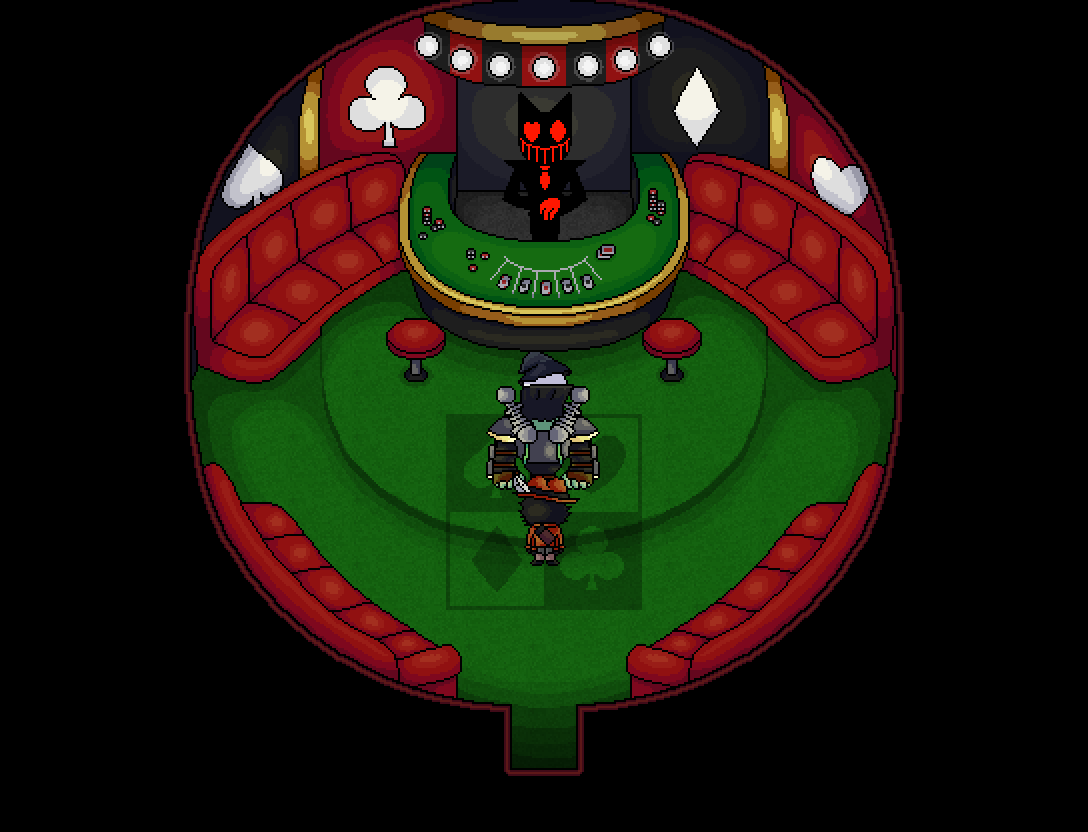 I feel like it's only a matter of time until this becomes real world merch. We all know it. 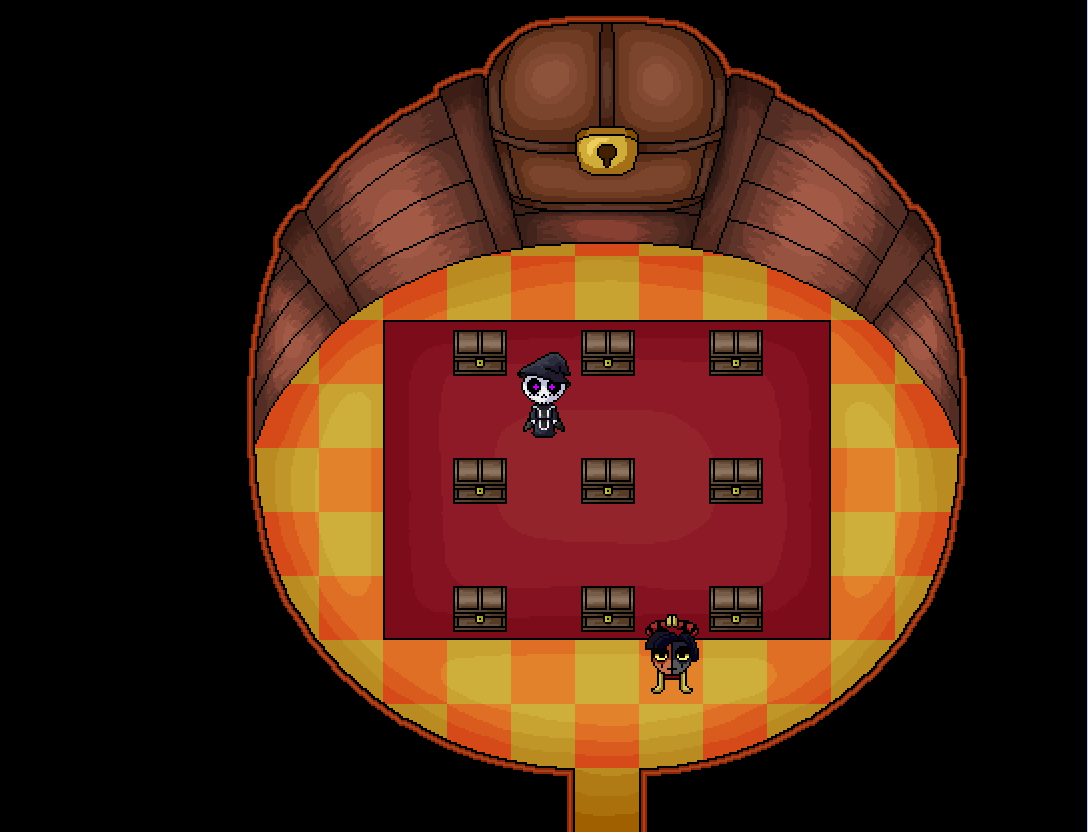 The final game might be familiar to you, it's a harder version of the chest minigame you might've stumbled upon in Act 1. This one is pretty simple, so I don't think I need to explain how it works. 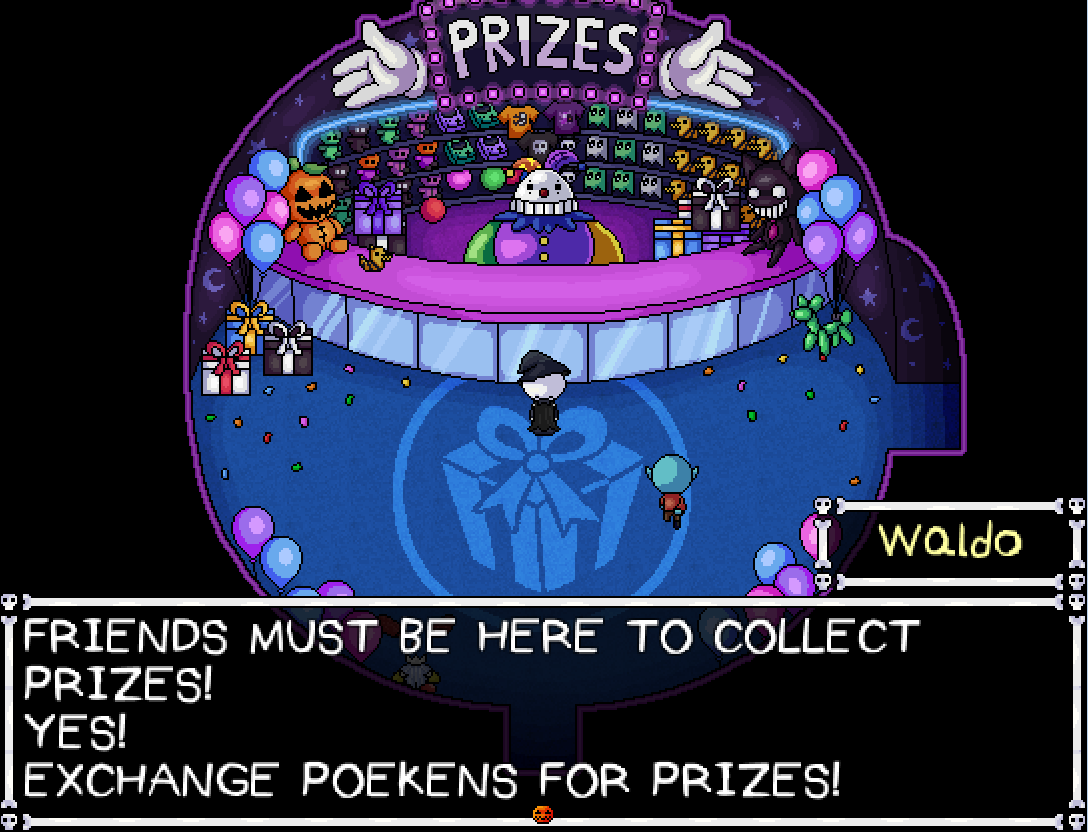 Once you collect Poekens, you can then head over to the Prize Counter to exchange them for items. All of these items are either very rare or can't be found anywhere else, including some unique weapons. This is actually the only place you can find Plum's best weapon in the game, so save up those Poekens! 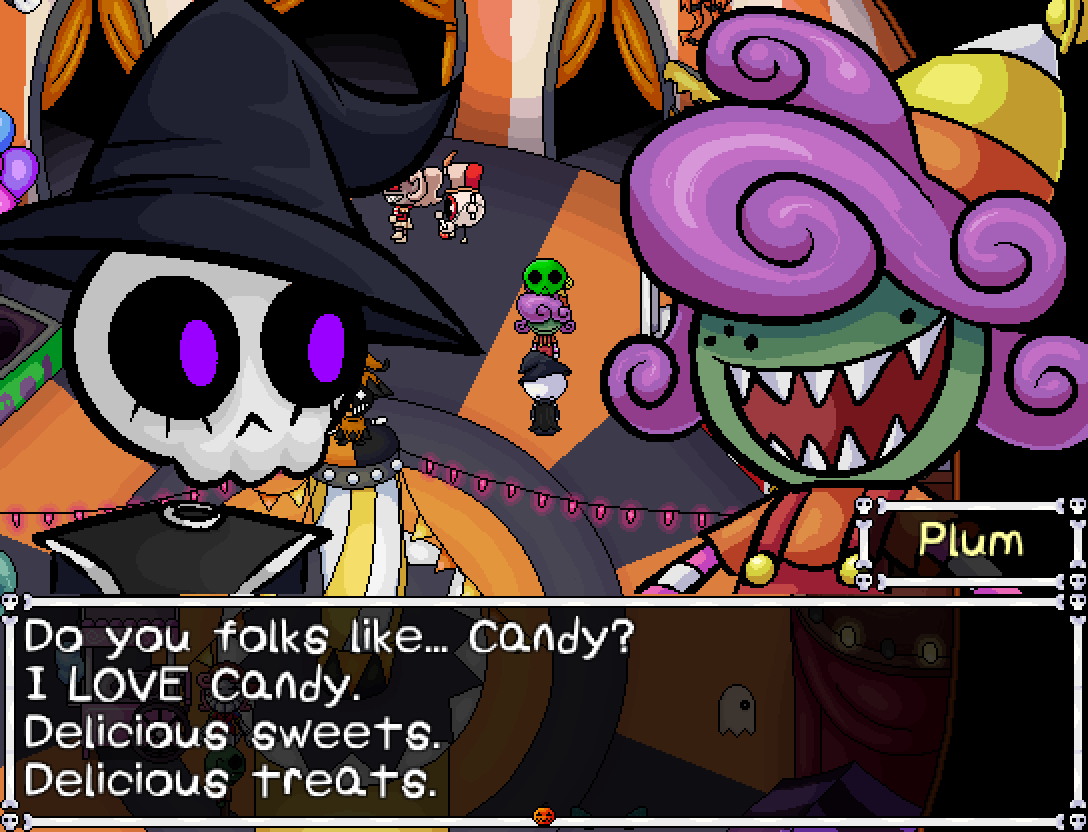 This place is actually where you'll also meet the potential party member Plum. 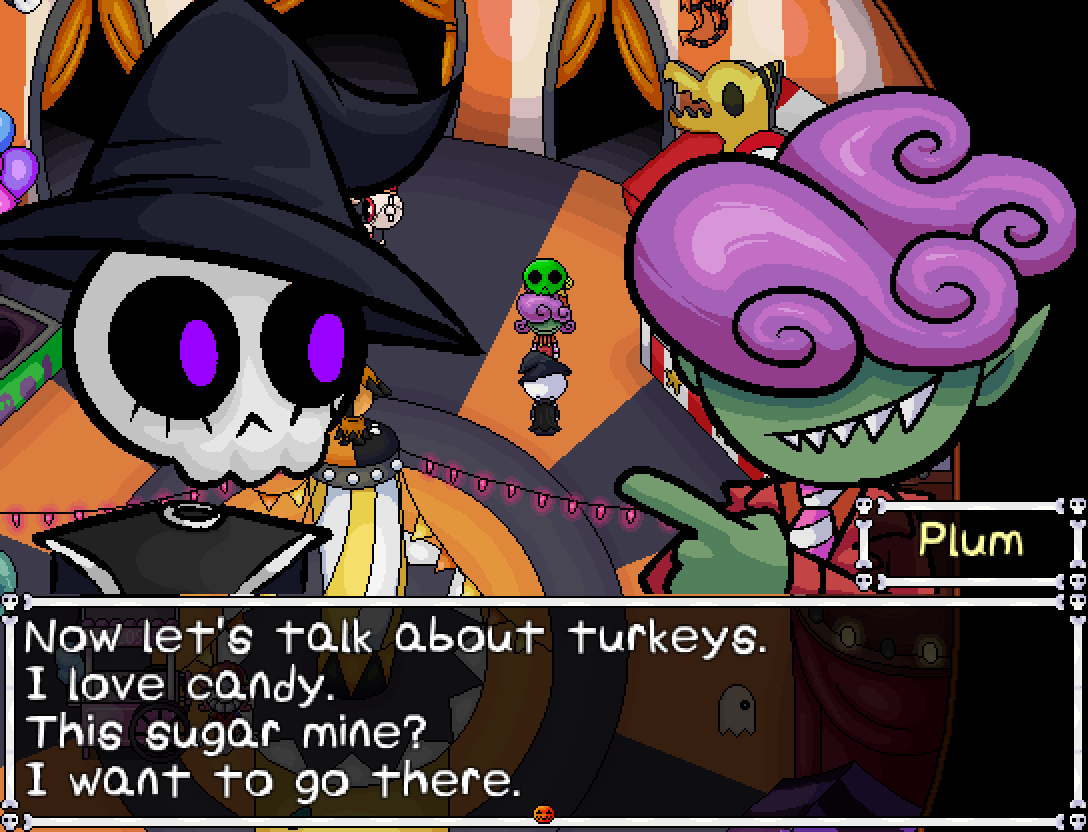 Plum wants to go see the nearby Candy Mine and search for rare candy, so if you decide to help her out you'll get to explore previously unseen parts of Gumdrop Gulch Mine and of course recruit Plum as a party member.

Anyways, Plum and her quest were actually already done, so that's neither here nor there.

As for this month's work, setting up Minigames in RPG Maker can be... Obnoxious. And also repetitive. So pretty much most of the month was spent setting up these minigames and also making them work properly.

Thankfully though, it's all done! Which means we can focus on the next thing, which will include finishing up Act 2 Polishing and then moving onto Act 3 Polishing.

As for what's left with Act 2, pretty much two major things:

Setting up the Map functionality for the Act 2 area and the Forgotten Mansion. 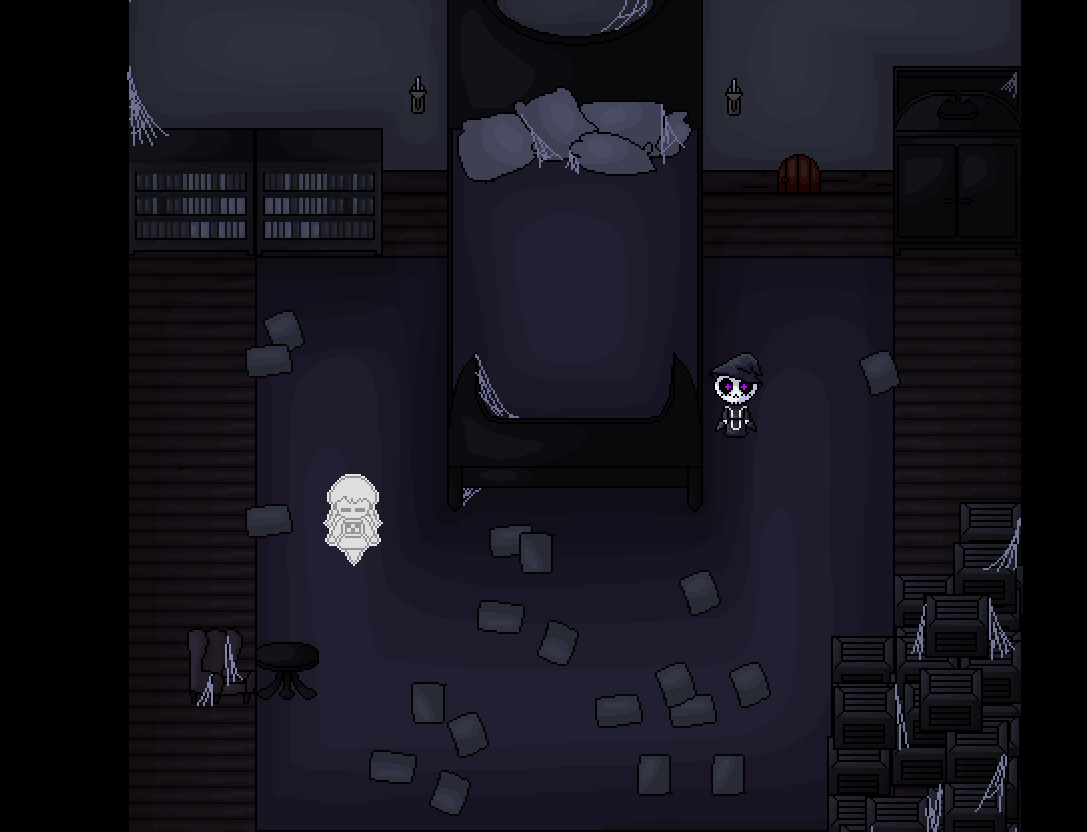 A few changes are being made to the Forgotten Mansion to make it a more pleasant experience. Well, maybe not so pleasant in some aspects. A more satisfying experience from a gameplay perspective I should say. As said before, the Forgotten Mansion is actually a part of Act 2 now, and not only that but ties into Poe as well. It's Poe himself who sends Alice into its depths to collect something for him, otherwise he won't let her progress! What's his deal anyway!? 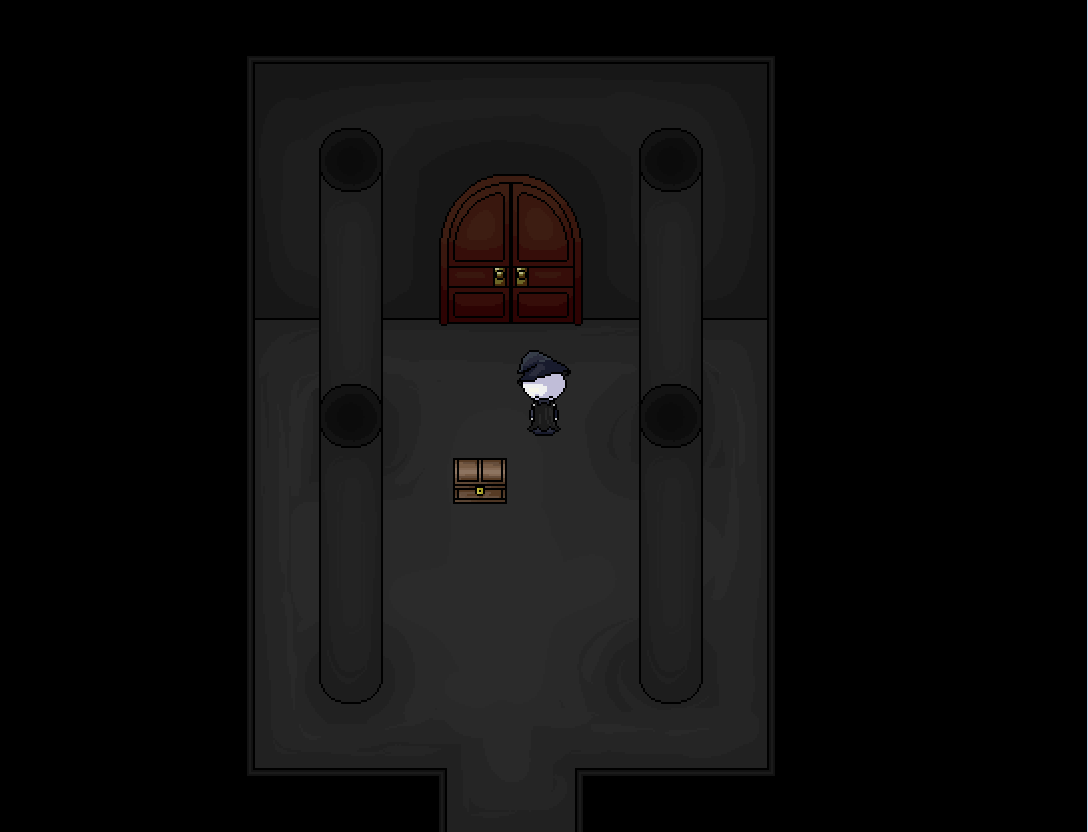 Anywho, that's pretty much all we have to cover for August!

Thanks for giving us a read and we'll see you a month from now and do it all again!