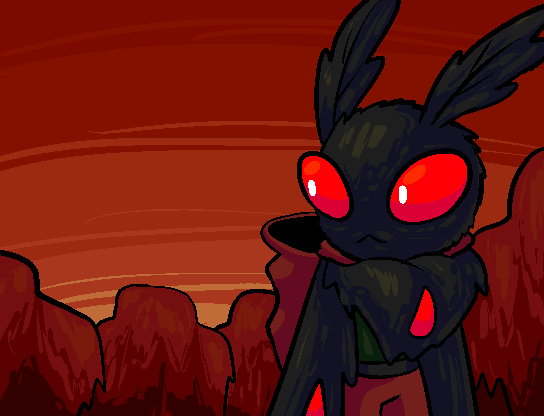 Hello all, this is Dustin, Lead Designer of HorrorVale and founder of Batworks Software.

I am going to be upfront and transparent with you folks about the development of HorrorVale and when it could potentially release.

When this year started, I had given myself an unreasonable and frankly insane new years resolution: That the game would be out by October 10th. I didn't reveal this date publicly, so it never counted as an actual release date. It was essentially just a personal goal to work toward.

I knew that given my pace previously and the sheer amount of work needed in the game that this would be close to impossible but felt if I eliminated almost every distraction and focused entirely on the game I could make it happen.

The pace in which I worked was much faster than anything I've done before, and because of that I got Act 4 like 90% done in only 6 months. Which is by far faster than any other Act I've done. Still though, it wasn't enough. Because I had intended on being 100% done with it by the end of April and was going to announce the before mentioned date in April Progress Report. It's now June. Because of this, an October 2022 release is almost completely out of the question. Completing the game in 4 months and also being able to test and polish it is something out of the scope of my abilities because besides working on HorrorVale I also work 40 hours a week full time at a normal job to keep the lights on. The other people working on the game are also all busy with other things.

I don't want to say it's completely impossible, but very unlikely is more accurate.

This isn't really a "delay announcement", because we never announced a date anyway, but I know that for many who keep an eye on development and saw how much Progress was being made, they would think that a 2022 release would be assured. I had even mentioned that I'd like to have it out in 2022 on Discord.

Unfortunately, this does put us in an awkward position.

Although an October 2022 release seems almost impossible now, there's a possibility we could complete the game after. Maybe in November. Maybe in December. Maybe in Spring of 2023. But should the game be released then?

HorrorVale is a "Spooky themed RPG", it has horror elements everywhere and plenty of Halloween decor and themes. Of course, this makes an October or September release for instance the most ideal scenario. If there's any month someone might be interested in checking out the game, October is the time to do it.

So, if we say potentially released the game in Spring 2023, it would have a definite impact on initial launch sales and viral marketing.

But if we waited until Fall 2023, we would be just sitting around waiting long after the game was done just so we could release it on the "Spooky Month". I suppose that time could be spent on polishing or implementing cut features such as Alt Costumes or Dual Attacks. Who knows.

Ultimately we don't want to say for sure which one of those we want to do. We want to take things as they come and see where development takes us.

Some developers, particularly AAA ones will happily announce Release dates willy nilly even if they're not sure they can reach that in time. Next thing you know you end up with 5 delays and a game released 3 years after players thought they'd be playing it. We think this is very irresponsible and only serves to hamper the relationship with the fans and the developer.

So essentially the purpose of this report is to just inform fans about the prospects of the game's release to ensure no one gets disappointed when they realize the game likely isn't coming out this year.

So what is left?

Now, if you're still reading this I want to go over exactly what is left for the game.

An observant fan might notice that the recent progress report signals the end of Act 4 and the completion of the remaining Act 3 Party Members. They might look at this and immediately think "Well, Act 4 is the last Act, which means the game is almost done!"

Unfortunately, this couldn't be further from the truth.

On our main page you might've noticed this simple graph detailing the "Stages" of development.

Of course, this uses old terminology like "Area" instead of "Act", but you can basically see that Development is split into 5 segments. Act 1, Act 2, Act 3, Act 4, and "Bells and Whistles".

This Stage 5 of Development is not just a bit of polishing and testing, but will require just as much work and focus as any of the Four Acts.

Let's quickly go over what this actually entails

-At Minimum 8 animated moves and abilities for every single Party Member in the game, with many more than that for the four main characters and particularly Alice, who will have 14 moves by the end of the game.

-Any additional non-PM sidequests we want to include in the game, some of which are for contest winning fan characters.

-Second Quests for every single optional Party Member. Although some characters share a quest, this is still a lot of additional content for the game.

-Ultimate moves for every PM. Which are essentially flashy, super moves that you unlock for doing said Second Quests.

-Cleaning up all four Acts, fixing major parts that Testers have noticed over time or adjusting certain things to improve pacing. This also includes an entirely new dungeon in Act 1 that is meant to replace the Forgotten Mansion (Which has been moved to mid Act 2).

-Multiple Secret Bosses, some including Secret Bosses that were added by Patrons who purchased the Creepy Tier.

-The Final Boss and ending, which I'm not even including in the Act 4 Development stage

-An entirely optional Super Dungeon that's been in the plans since the beginning. I won't go into it anymore than that. Think the Demon Shaft from Dark Cloud.

-Of course, all the Bugtesting required. While our group of Testers test every single build I give them, they rarely ever test the entire game, and doing so at certain times have been impossible due to things being re-arranged or adjusted. With 30 Party Members in the game, it's not as simple as just running through the game a few times. It'll be a multi-month effort just to test the game and try to ensure all the characters are as balanced as possible and that the enemy difficulty curve feels as natural as possible.

The moment Act 4 is finished, all of this will have to be done. So you can kind of imagine what I mean when I say the game coming out in 4 months is nigh impossible.

Since the first Demo released in 2018 and the game got sudden attention in January of 2019, the amount of support we've gotten has been absolutely tremendous and the fact that it still persists in 2022 long after the initial "buzz" of the game's demo has died out is something absolutely incredible and something I am truly thankful of every day. It cannot even be put into words how much this community means to me. I try to communicate with you as much as possible on our Discord, I try to watch every single Let's Play that occasionally pops up for the game. Yes, I've seen almost all of them. If I see someone streaming I even try to join and give the players tips if they're stuck. I hope I can continue this even after the game is out.

In short, thank you. Thank you for your continued support. I hope that myself and my team can put something together that you're happy with and proud to have contributed to. Not just by giving us donations via Patreon. Every single message you send about the game on Discord, or post about the game on Twitter, or comment on our videos on Youtube is a contribution.

Speaking as a fellow developer, you're right not to rush it out the door. It will get done in its own time. I don't know enough about indie marketing to know if October would be best for your game, but I know your game will be better by being able to breathe and spend time polishing it. Good for you for not publicly posting a release date. I've seen too many quality developers get tanked by doing that to themselves. Just wanted to tell you that you've got this, and I'm eagerly looking forward to the release, when it's done and ready. <3